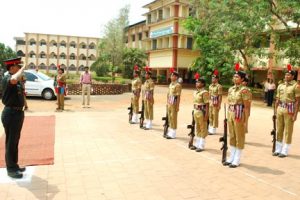 NCC unit has been functioning in the college since 1969. It has 106 cadets on its rolls. It has been adjudged as the best sub unit under the 29 Kerala BN NCC and won the rolling trophy in many years. The sub-unit has been winning trophies for the best march past on Independence Day and Republic Day celebrations at Malappuram for the past many years. In the year 2003, we stole a march over other institutions of Kerala State by winning the prestigious Chief Minister Rolling Trophy for collecting the highest amount towards armed forces Flag Day Fund.

NCC training improves the physical and mental ability of the students. It is aimed at developing qualities of character, courage, comradeship, discipline, leadership, and secular outlook, the spirit of adventure and sportsmanship and ideals of selfless service among the students to make them useful citizens. 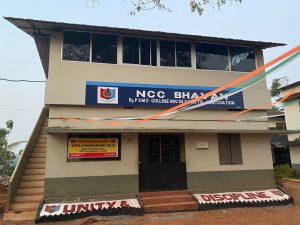 Pm Modi Addressed National Cadet Corps Pm Rally At Cariappa Ground In Delhi On Jan 28. Sergeant Gayathri Represented Psmo College And It Was A Proud Moment.She Got The Chance Only With Her Inner Confidence Level, Strong Desire And Hard Work.
The Selection Process Started From The College Level Then At Battalion Level And She Had Her Trails In Both Drill And Cultural Event, Surprisingly She Got Selected In Both!
The Actual Competition Began At Inter Battalion (Ibc)And Later The Pre Igc I,Ii ,Iii Lasting Around 15 Days ,Igc And Pre Rdc I,Ii,Iii Each With A Stretch Of 10 Days,Finally ,Sgt.Gayathri Reached Pre Rdc Iv ,The Launching Camp From Where She Graced To Rdc With Flying Colours In Both Drill And Cultural Event.
That Was An Awesome Opportunity…Sgt.Gayathri Upheld Name Of Psmo Ncc By Attending The Pm Rally.She Managed To Not Just Attend But Show Maximum Effort Graciously